Ladders, Lovely Ladders – Not Just For Access, For Living

Ladders, Lovely Ladders – Not Just For Access, For Living

You may be surprised that the first depiction of a ladder is in a Mesolithic rock painting that dates back 10,000 years.  Two naked human figures are portrayed using the long, wobbly ladder to reach a wild honey bee nest and harvest the honey.  Ladders are low tech – they’ve been around in some way, shape or form, throughout history.  The design is superlative; it still works today just as well as it did when it was first invented!  However, ladders today are high tech – there are all sorts of designs and variations and there are different ladders for different purposes.  Here’s list of just some of the ladder types available:

Rigid ladders were originally made from wood until the 20th Century.  Aluminium then became a popular choice for ladders – it’s light weight and easy to carry.  Ladders for working on or near overhead electrical wiring usually have fibreglass stiles as fibreglass is an electrical insulator. 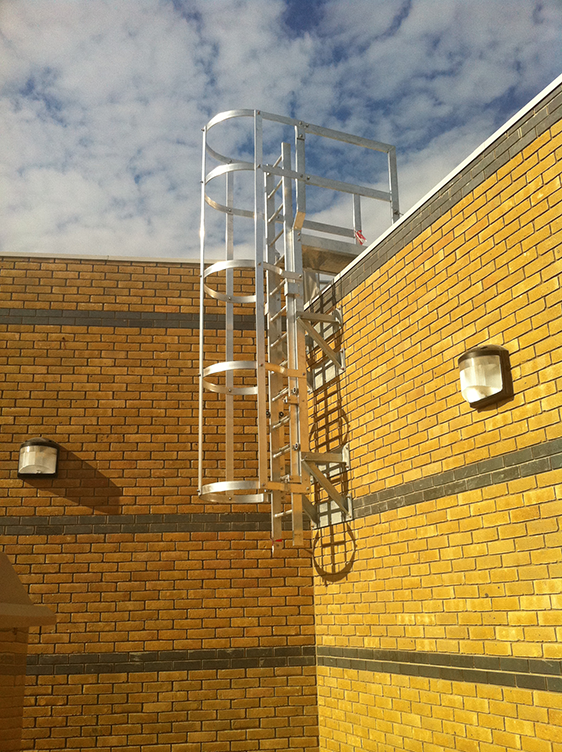 We also see ladders in swimming pools, at the deeper ends.  These are generally fixed ladders that allow you to enter the pool without having to dive or jump in.  Many Mediterranean beaches will have these types of ladders installed for swimmers to get in and out of the sea – usually on a sea wall or platform.  Kids love bunk bed ladders.  There’s nothing more thrilling than climbing up to a lofty bed up your very own little ladder!

Then there are the rope ladders – these are handy where storage space is minimal.  Rope ladders may have rigid or flexible rungs and it requires more skill to climb them because they tend to swing.  They often used in caving or where the object being climbed is curved.

In the Far East, ladders are traditionally made from bamboo – it’s both strong and slightly flexible which makes bamboo an ideal material for construction.  Far East scaffolding is still often made from bamboo!  Some bamboo ladders just have the rungs lashed on with rope – a bit of a risky feature, if you ask me.  However, bamboo ladders look beautiful – they have a golden sheen that makes them great features in the garden or home.

Many designers nowadays are turning to ladders and using them for all sorts of imaginative applications.  Propped against the bathroom wall as a towel rail, fixed to the wall as a narrow shelf or decorative feature, even slung lengthways between two chairs and covered with cushions for a makeshift bench.  People nowadays on the lookout for a chic piece of styling to add to their homes are often on the lookout for an old ladder that can be upcycled in a sophisticated way.

Whether the ladders are wooden, rope or steel, adding a ladder as part of the home décor is a popular choice these days.  A ladder hung above the cooker makes for a great utensils rack.  A folding ladder in a large hallway with a pot plant on each step looks great.  A fixed ladder in the bathroom or kitchen for hanging towels and cloths is always handy.  Wherever you see a ladder that’s been throw away, you can make a sure bet that there’s somebody out there who can put it to good use.