Working at height is a dangerous business, whether in the construction industry, or any other industry where workers are required to access hard to reach areas.  There is a wealth of health and safety training available nowadays designed to ensure that workers in the UK are not put at risk during the workday.  However, this has not always been the case.  Work at Height training has developed over the years in response to accidents and incidents that have led to all manner of injuries and, in the worst cases, death.

Back in January, 1993 Jason Anker had just returned to work after the Christmas break and was working on a flat roof at an Islamic school on the former RAF base at Flintham.  The ladder Jason was using was not tied as he had a work mate footing the ladder.  However, when Jason was descending the ladder, the work mate was called away and Jason was called back up the ladder to fetch some tools.  On his second descent, the now unmanned ladder slipped and Jason suffered a fall from a height of 10 ft.

At first, Jason didn’t realise how seriously he’d been injured and tried to sit up.  That’s when he realised that he couldn’t feel his legs and he was taken to hospital for a CT scan.  At Queen’s Medical Centre, doctors discovered that Jason had been paralysed from the waist down after fracturing his vertebrae. 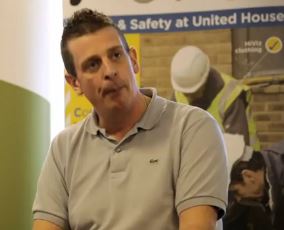 At the age of just 24, Jason, a father of two, was devastated to be told that he would never walk again.  He spent the following four months in a rehabilitation centre in Sheffield learning how to live as a wheelchair user.  Jason’s marriage fell apart and he turned to alcohol in an effort to drown his sorrows.  He then developed a liking for ecstasy and amphetamines and accidentally overdosed in 1995 and was put on life support.

Although the company that Jason had been working for when he had his accident was investigated by the Health and Safety Executive (HSE), it took until 2007 for him to receive compensation for his accident.  For 16 years, Jason didn’t even talk about his accident until in 2009, he decided to set up his own business as a speaker on the serious issues surrounding health and safety.

He collaborates with the Institution of Occupational Safety and Health and gives talks to the workforces of companies across the UK.  He focuses in his talks on the fact that Health and Safety is not just about ticking the right boxes – it’s about showing people what can go wrong when health and safety guidelines are ignored, saying “people are still falling off ladders and roofs”.

Jason is an inspirational speaker who has featured as a guest speaker at many events and work places, including Heathrow, King’s Cross and many of the UK’s large power stations.  Jason’s aim is to empower staff to feel responsibility for their own safety and that of co-workers and why it’s so important to stick to the health and safety rules.