Over the past few weeks we’ve been looking at the UK Health and Safety Executive’s recent Safety Bulletin that stresses the importance of making sure that suitable measures are taken to prevent children and other members of the public from gaining access to and then climbing ladders and scaffolding on construction sites.  We’ve already described in detail the types of ladder guards that should be chosen, such as our own Ascent™ Ladderguard.

Last week we went into more detail on the fencing that’s necessary on construction sites to comply with the new Safety Bulletin.  This week, we’re going to be describing another measure advocated by the Bulletin in order to make construction sites safe from unauthorised access, Ladder Removal. 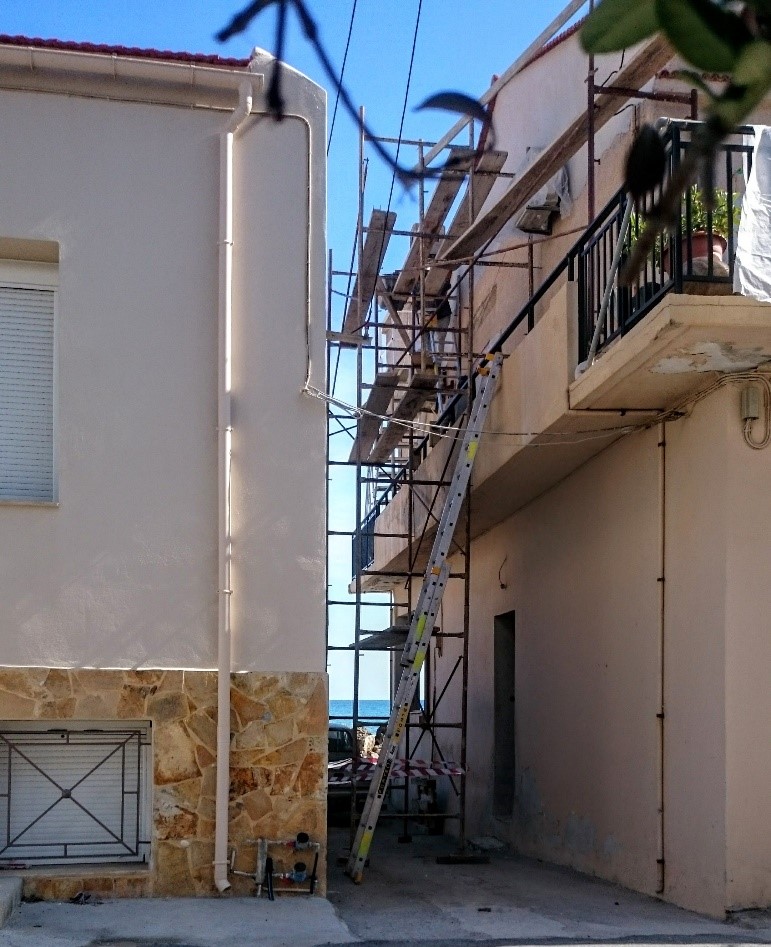 Where ladders are used to gain access to scaffolding, good practice is to install internal ladders or a ladder tower so that each ladder serves a single lift.  It’s often possible for the ground to first lift ladder to be removed at the end of each shift and stored securely on site (for example, in a locked steel container) or padlocked securely to the scaffold horizontally so that it cannot be used until the site reopens for work.  Storing the ladder on the first lift is not acceptable as it will be easily accessed by any trespassers and there is the added risk that a worker may fall during stowing or retrieval of the ladder.  Whenever this ladder is replaced in position, it’s essential that it is tied or clamped into position to prevent movement during use.

When a small scaffold is used, it’s common practice for the builder to provide the bottom lift ladder and to take this ladder away at the end of each working day.  The advantage in such cases is that the scaffold contractor completes the installation process by removing their own bottom lift ladder, instantly preventing further access.  It’s essential that these ladders are removed from site, especially from sites that are difficult to fence adequately, for example, on occupied domestic properties or sites where scaffold is erected onto a pavement where pedestrian access below the scaffold must be maintained.

The bottom lift ladder and any additional fencing arrangements must be written into the scaffold contract with details added to any drawings or compliance sheet (this may be done by hand if necessary).  In cases where a scaffolder is handing over an “incomplete” scaffold (that is a scaffold without a bottom lift ladder), this should be recorded on the handover paperwork.  Adding and removing a bottom lift ladder does not amount to an alteration to a scaffold and can be done without any record.

If there are other routes providing access to the scaffold that cannot be fenced off, for example access to higher lifts from balconies or sloping ground, it is good practice to still remove the ladder, but the opening must also be blocked – the hinged ladder gate or trapdoor should be padlocked shut.  In most cases, ladder removal is a better deterrent than a ladder guard.

It should be noted that ladders should not be removed from any areas where the route is designated as an out of hours fire escape from an occupied building.

Next week we’ll be taking a closer look at site assessments – make sure you get the information you need to ensure site security by following us on Facebook or Twitter.