Following a series of high profile accidents on set and on location, questions have been asked recently about just how safe the film industry is. We took a look at the issue of health and safety on films sets last year when it was revealed that Harrison Ford (yes, Indiana Jones himself) sustained some pretty severe injuries during the filming of Star Wars: The Force Awakens in 2014.  It seems that Ford ended up being airlifted to an Oxford hospital with a broken leg after an accident with a hydraulic door on the Pinewood Studios set of the Millennium Falcon spaceship – and we thought space travel was only a risk in reality!

News came in recently about Hollywood legend Tom Cruise breaking an ankle on set in London while performing a stunt which involved working at height.  It seems that Cruise’s character in the latest Mission: Impossible 6 film was required to jump onto a roof from an elevated platform.  Cruise is famous for insisting on performing his own stunts but his dedication to duty on this occasion has delayed filming though Paramount Studios was quick to inform fans that the movie’s release date will remain unchanged, despite the delay.

The accident took place on the roof of Baynards House, an office block in the Greyfriars district of London.  Cruise, 55, likes to think of himself as a true action hero, both on screen and off.  In real life incidents, he’s used his private jet to transport an injured film crew member to hospital, pulled a small child to safety during a movie premiere crush and saved a family from a burning boat. 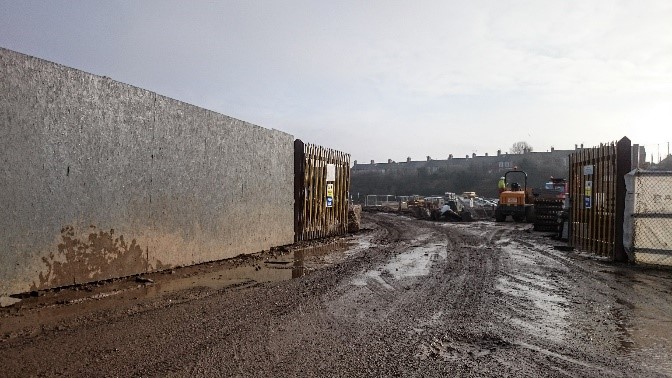 During filming, Cruise has almost come a cropper too many times to mention.  Mission Impossible: Ghost Protocol involved Cruise climbing Dubai’s famous Burj Khalifa with adhesive gloves on and then abseiling down again.  As he descended, the actor was buffeted by cross winds and repeatedly slammed into the building’s façade.  Cruise wore a safety harness for the filming which was later digitally edited out in the post production process, in case anybody thought he did the climb with no safety gear at all.

July saw the first death of a stuntman on American soil for 17 years during the filming of Walking Dead when a 40 year old professional motorbike rider, SJ Harris was killed while riding a 900 cc Ducati.  Harris was famed for becoming one of the country’s first professional black, female motorcycle riders and this was her first job on the set of a movie.  Although Harris was a highly qualified motorcycle racer, she was not an experienced stunt person and questions are being asked about whether she should have been driving the Ducati in the first place as she was more used to riding 300 cc bikes.