Carrying on with our fascinating series of articles on bricks, we’ve come across quite a shocking story that, at first, had all of us here at Safety Fabrications feeling a little queasy.  However, we work in the construction industry and we’re made of pretty strong stuff so after digesting exactly what these bricks could represent for the future, we’ve decided that it’s a pretty cool use of a waste product.  Read on to find out why we were a little perturbed at first. 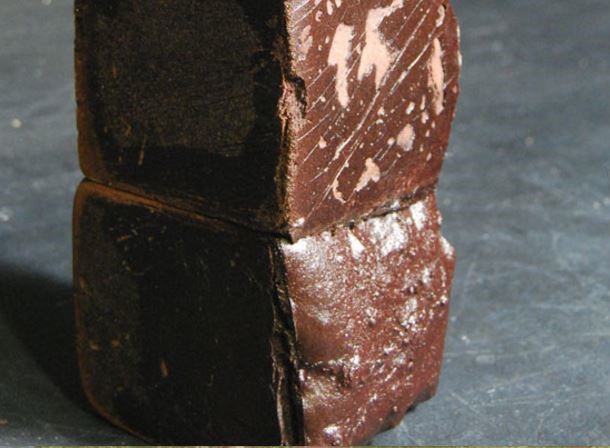 Architectural graduate Jack Munro has been turning towards a material that is surprisingly strong, waterproof and secure – animal blood.  No, he’s not freezing it into large bricks for building with – that would just be crazy – they’d melt in no time, even here in the UK with our dire weather.

Munro has spent days experimenting with finding ways of recycling blood into a useful form (other than black pudding which is probably its tastiest form).  He began by sterilizing the blood and then adding sand to it.  Once he began baking this mixture he realised that the elements were sticking together – behaving in a glue like manner and producing a material that is waterproof, a characteristic that’s ideal for building in arid climates.  However, the experiments so far have not produced a traditional strong, square brick.

But, with one single slaughtered cow producing eight gallons of blood, it’s definitely worth attempting to reuse this material.   Of course this type of experimentation does not come without controversy.  Environmentalist are already concerned about the possible negative environmental impacts of the beef industry.  Then we need to consider the vegans and vegetarians of this world – how would they feel about using a building (whether business or residential) that incorporates animal products into its walls?

Munro has carried out plenty of research involving sand and is looking at ways of solidifying sand by binding it.  Animal blood has traditionally been used as the main source of natural glue (before synthetic glues began to be manufactured) so Munro naturally turned to animal blood when looking for a binding agent for the sand.

Munro studied undergraduate architecture at the University of Nottingham and went on to complete his Part II Architecture masters at the University of Westminster.  His 5th year project won the 2012 Rawat Award for Best Graduate Design Project as was nominated for the 2012 RIBA Silver Medal.  Titled “Sanguis Et Pulvis”, it proposes large scale solidification of migrating sand dunes in Egypt using waste blood from halal abattoirs as a natural binding agent.  The blood is poured over the crests of the sand dunes in order to create a structural shell.  These desert structures are then used to house blood brick production facilities and solar concentration electricity generation systems to provide a stable economic base for rural Egyptian communities.  Look out for Jack Munro – he has an interesting approach and we’re sure to be hearing much more about this promising architect in future.