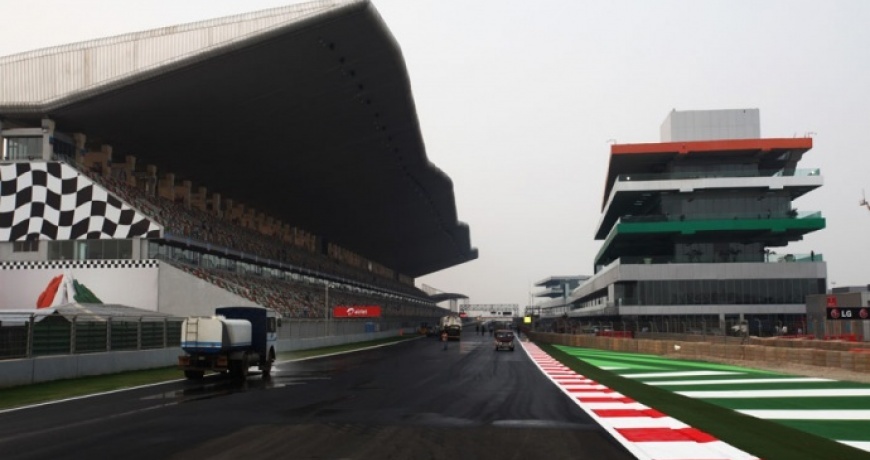 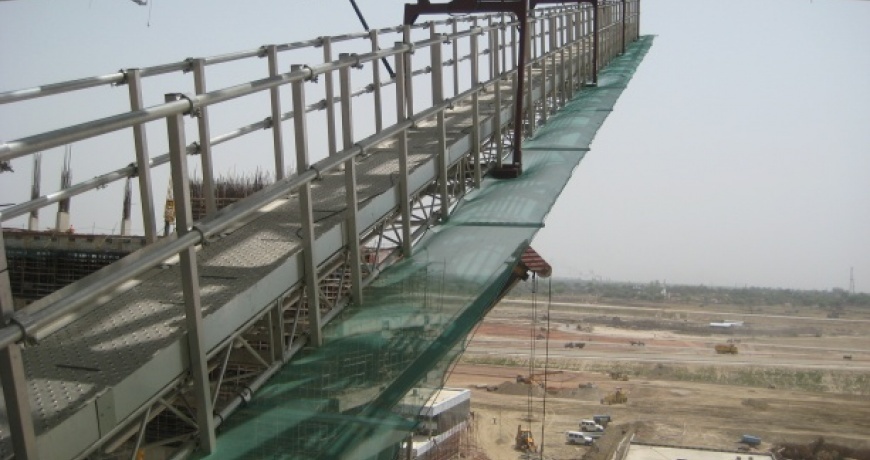 Customers brief:
To provide a series of support frames from which a 10 worker suspended access platform will be hung.
The suspended access platform is designed to allow workers to clad the underside of the biggest cantilevered roof structure ever constructed in India. The roof was to cover the grandstand for India’s inaugural Formula 1 race.
Both the roof sheet and the team of experts undertaking the project were been shipped out from the UK. Our brief was to fabricate the support structure for the aluminium cradle.
The support framework had to incorporate a series of pivot points which would allow the access platform to negotiate the “up’s & downs” of the wave form roof. In addition to this it had to be manufactured in component form to allow it to be man-handled into a container for shipment.

What we supplied:
We initially worked with our customer to build a mock-up of a section of the roof steelwork within our Sheffield Fabrication shop. We then manufactured two support frames to which we affixed a section of the platform. A test run of the intended operation was then undertaken. This was witnessed by Mr Paul Teather our Chartered Structural Engineer of Hannah Reid Associates who had worked with us in developing and calculating the design loads for the project.
Following our test run a few minor amendments were made to the anti-tilt mechanism and we then went into production with a shipping date fast approaching. The containers landed in Mumbai and then had a 6 week overland journey to New Dehli, to arrive on site and be met by the install team. The suspended access platform was installed on time and exceeded the customers production requirements. A British export that we are proud of.